There are lots of  80s pop hits which all the cool indie kids mocked at the time but which with hindsight sound pretty good, and which today's cool nobody-worries-about-being-indie-kids-anymore just get on and dance to. But there are other pop tracks which surely even the coolest shoegazers had to recognise at the time were destined to be classic songs, including at least a couple by some Norwegian likely lads: A-ha's 'The Sun always shines on TV' and their debut 'Take on Me'. 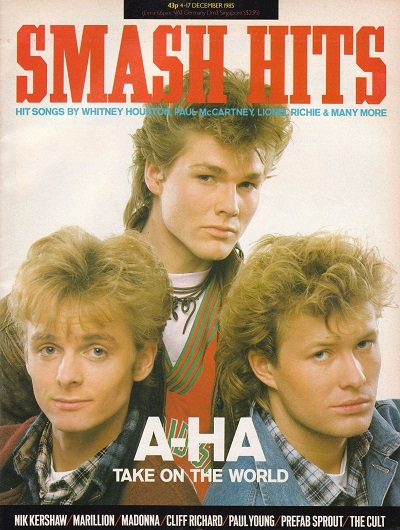 So what's the South East London connection? Well back in 1983, A-ha were living in London as poverty-stricken artists with dreams of pop glory, hanging out at the Camden Palace. With funds running low, they booked themselves in April 1983 into a small Sydenham studio, Rendezvous (107b Kirkdale, SE26), run by a man called John Ratcliff - an interesting character with experience of playing in bands himself, not to mention once having been a successful international athlete - the world double decathlon champion, no less.

According to the Quietus: 'Rendezvous was chosen simply because it offered equipment when they had little of their own. But, setting out to lay down three or four songs per day, they in fact only needed one before Ratcliff’s ears pricked up.  “He said, ‘That sounds really interesting. Do you have more?’ And we said, ‘Yeah, but we can’t afford to pay.’ ‘Well, why don’t you come in on off time?’ He started talking about, ‘I know people in the music industry. I can get you a singles deal’ (Talking Away: A-Ha On The Making Of Take On Me by Wyndham Wallace, 2015)

'A-ha had ended up at Rendezvous almost by accident, allegedly booking it because it had a Space Invaders machine. But Ratcliff proved a generous patron when the band were at a low ebb, paying for them to make additional demos of the songs he thought were strongest and renting them a flat at 221 Dartmouth Road, about 200 metres from the studio. Furuholmen and his bandmates Pal Waaktaar and Morten Harket would make the daily journey from flat to ‘work’ by jumping across the roofs of the neighbouring houses and entering Rendezvous through a rear window'.

Thanks to John's music industry connections, the band were soon signed to Warner Brothers with global success to follow.
One of the demo tracks recorded at Rendezvouz was called Lesson One. Before long it had been reworked into their breakthrough hit 'Take on Me' - a great song helped by a groundbreaking 1985 video combining animation and live action filmed in Battersea at Kim's Cafe (later the Savoy Cafe) at 390 Wandsworth Road, SW8 (corner of Pensbury Place). The song reached number one in the USA and number 2 in the UK. 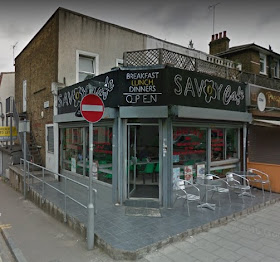 Thanks to Adrian Lobb on twitter for posting a photo that set me off on this. Thanks too to Laugh Clown Laugh, who also recorded there, for confirming location of Rendezvous.